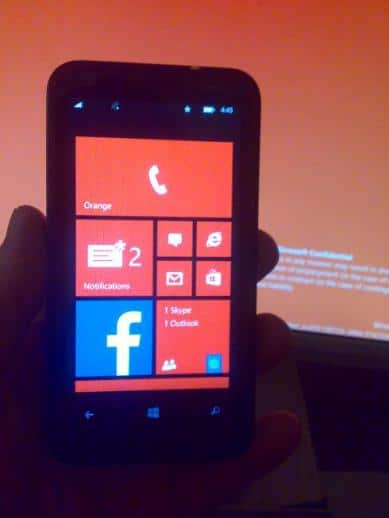 TheVerge (along with WPC) has gone ahead and confirmed some critical feature info incoming with the Windows Phone 8.1 update (touted as a major WP update).

It says that Microsoft is internally testing beta version of the WP 8.1 update (aka Blue update) with plans to unveil it at the Build Developer Conference scheduled in Apr 2014.

The developer preview of the update (just like GDR3) is expected to go live at the Developer Build Conference.

Other features (that might arrive in the 8.1 or the future updates)

Meanwhile, Nokia is readying two new devices codenamed ‘Goldfinger’ and ‘Moneypenny” which will run the latest update. Goldfinger will be the next Lumia flagship featuring the 3D Touch Technology which will enable users to interact with the device without actually touching the screen and Moneypenny is expected to feature Virtual homescreen buttons (back, windows & search) which will made available (for use) with the Windows Phone 8.1 update.