Amidst the Windows Phone 8.1 leaks, new games and apps continue to come to Windows Phone with the latest ones being ‘Run, Jump and Smash (RJS!)’, an endless runner game from Marvel Entertainment and ‘World at Arms’, modern war strategy game from Gameloft.

Get hold of ‘RJS!’ from Windows Phone Store below.

Run, jump, and smash as Marvel Heroes in a brand new endless runner! Compete with friends and fight Super Villains and their henchmen!  How far can you make it?

Fly as Iron Man! Smash as The Incredible Hulk! Run and Jump as Cap! Run and Gun as Super Spy Black Widow!

Dodge obstacles and fight Super Villains like Loki to progress as far as you can. Increase your score by switching between characters and activating each Super Hero’s unique Special Attack.  Collect coins and boosts on your run.  and tThen buy special power-ups to boost your distance and score.   Advance through multiple environments, compete with friends and upgrade your character!

Grab ‘World at Arms’ from Windows Phone Store below.

LOCK AND LOAD! The evil KRA forces have attacked our nation, threatening the entire free world! As one of the greatest military leaders on Earth, you must take action to save us all!

In this free-to-play all-out modern-war strategy game, you will battle across the globe, in the sea’s depths, on the ground, and in the air, following a deep solo campaign and fighting in an exciting multiplayer mode. Take advantage of the rich social features to find allies and chat to devise a cunning battle plan, for free! Join or create your own Faction to combine forces! Make your name known on the leaderboards by challenging rivals and stealing their resources and by becoming the best player in this immersive game!

– Engage in innovative battles across the globe and on various terrains (desert, urban, underwater & more)

– Immerse yourself in the only modern-war strategy game on the market that offers deep-sea exploration and battles!

– Construct the new super unit, Atlas, and use it as a game-changer in battle!

– Join Factions with other players or form your own to wage war, dominate, and win rewards

World at Arms is suitable for fans of strategy games, modern warfare games, tank games, submarine games and tycoon games. Download World at Arms for free and enjoy what is probably the best modern-war strategy game on the market! 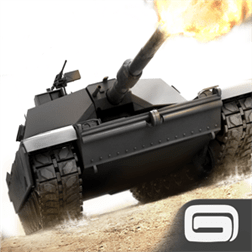