All about the Nokia X ‘Android’ family !

Home /All about the Nokia X ‘Android’ family !

Nokia strategically announced the Nokia X family at MWC 2014 which runs on the utterly popular Android OS. Yes, most of our readers are huge WP fans and I am one of them but considering that Nokia is now at Microsoft and Microsoft is totally aware of the move, we accept it.

What exactly the strategy means is not fully known but one thing is very clear that Nokia wants to own everything under the 10k (Sub 100 Euro/INR 10,000) market be it with Asha, X or Lumia. This segment of market is claimed by Nokia to be growing 4 times faster than any other segment.

Nokia X family is placed between Asha & Lumia with the intent that most of the Asha users would next switch to X and X to Lumia. It’s not just a theoretical placement as the Nokia X interface is a mix of both Asha and Lumia. It picks up the very popular ‘Fastlane’ feature from Asha and the Tile like interface from Lumia.

So what about existing Android apps ? … To everybody’s surprise, Nokia has tested & found 75% of existing Android apps to be directly compatible with Nokia X platform without any modifications. Those non-compatible are mostly due to the use of 3 APIs viz. Maps, Notifications & in-app payment. The developers just need to use Nokia APIs (for Maps, Notifications & in-app payment) here for which the change is just a matter of hours & your app will be ready to publish to Nokia Store. Side-loading of apps from consumers point of view is also allowed !

The Nokia X family will come installed with hugely popular apps like Plants vs. Zombies (1 & 2), BBM, Twitter, Skype, Viber, Facebook and many more. Others like OneDrive, Outlook.com, Angry Birds and hotels.com can be found from Nokia Store. More apps in the form of Facebook Messenger, Spotify and Temple Run 2 are said to be coming very soon amongst many others.

Nokia’s HERE Maps is already present and MixRadio is coming soon. Here’s a walk through of HERE Maps on Nokia X right from Nokia (click here).

Let’s come back to devices now. The Nokia X family comprises of Nokia X, Nokia X+ and Nokia XL and here are some pics of them. 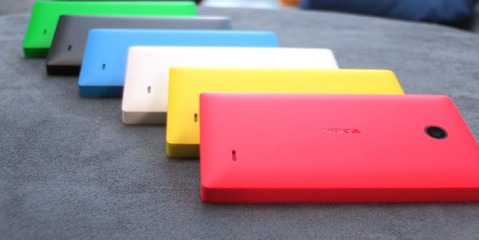 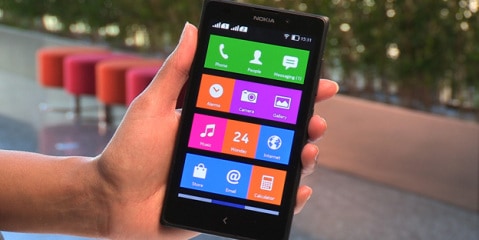 A look at the interface

The Nokia X will be available to buy immediately in Asia Pacific, Europe, India, Latin America, the Middle-East and Africa. The Nokia X+ and XL are expected to be available from Q2 2014. The prices quoted do not include any local taxes or operator subsidies.