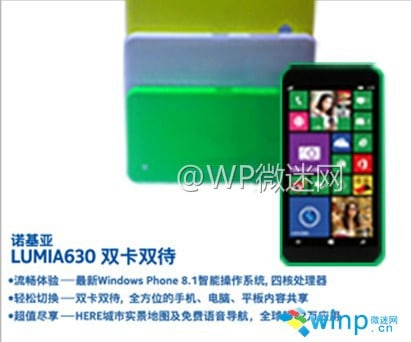 Nokia Lumia 630 is being reported to be the first Nokia phone to launch with Windows Phone 8.1. Today’s leak from China point at a mid-april release date of device (just after Build Conference) and is said to be running Windows Phone 8.1.