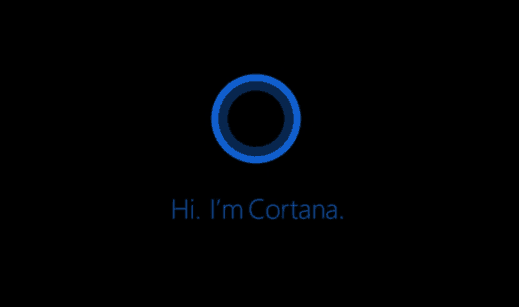 With Windows Phone 8.1 comes your very own personal digital assistant ‘Cortana’. Referred to as Siri Killer, Cortana is a mix of both Siri & Google Now. It understands you and gives you more personalized suggestions unlike competition .. feels a notch ahead and looks very futuristic.

Powered by Bing, Cortana is the only digital assistant that gets to know you, builds a relationship that you can trust, and gets better over time by asking questions based on your behavior and checking in with you before she assumes you’re interested in something. She detects and monitors the stuff you care about, looks out for you throughout the day, and helps filter out the noise so you can focus on what matters to you. Cortana will launch shortly here in the U.S. first as a “beta,” and then will launch in the US, the U.K. and China in the second half of 2014 with other countries to follow afterwards into 2015.

In Windows Phone 8.1, you get to Cortana by either a Live Tile on your Start screen or by pressing the search button on your device. This will take you to Cortana Home. To interact with Cortana, you can either speak or type—if you’re in a meeting, just type and Cortana won’t talk out loud. But if you ask her a spoken question, she’ll answer verbally and even carry on a natural conversation.

When you interact with Cortana for the VERY first time, she will start learning things about you… like your name, how to pronounce it, and ask for some personal interests.

Once she’s learned a bit about you, Cortana’s home populates with information that is curated just for you. You’ll see things like flight information she’s found from your email confirmations, weather, the latest news, and even traffic information once she learns your commute routine, such as from work and home.

To develop Cortana, we talked to a number of real personal assistants. One technique these assistants spoke about was keeping track of the interests and preferences of their bosses in a notebook. We thought… what a great idea! So all the stuff Cortana curates for you is stored in Cortana’s Notebook. This information enables Cortana to be proactive and helpful throughout the day. For example, she’ll let me know if my upcoming flight back to Seattle is on time and, if I choose, will even pop-up to recommend what time I should leave for the airport based on traffic. Cortana can also manage your phone when you don’t want to be disturbed by setting quiet hours where she will silence any notifications, in-coming calls, and texts. Cortana understands the “inner circle” of people-closest-to-you, and she can let them break through at any time during quiet hours. And Cortana is the only digital assistant that lets you setup people reminders. You can have Cortana remind you that your buddy owes you $20 the next time you talk to him. And ALL of these interests and preferences are under YOUR CONTROL via Cortana’s notebook.

What’s more, because Cortana is powered by Bing, some of the interests in Cortana’s Notebook will light up on Bing.comwhen you sign in on the web. Bing.com will give you access to the things Cortana tracks for you, like your weather, stocks, news, and flights.

We’ve also designed Cortana to be able to interact with 3rd Party Appsinstalled on your phone. You can ask Cortana to help you make a video call in Skype, watch a TV show in Hulu Plus, look up a news feed on Facebook or send a tweet using the Twitter app – all of which we demoed during this morning’s keynote.

And finally, Cortana isn’t just a dry computer returning search results. Just as she has in the game Halo, Windows Phone’s Cortana has a bit of personality. But you’ll have to talk to her yourself to see what I mean by that. Or… I bet you’ll be able to find some videos on the web pretty soon to see what I mean.

We think you’re going to really love having Cortana as your personal assistant!