Gameloft’s delivering games after games to Windows Phone and the latest ones to join the pack are ‘Order & Chaos Duels’, ‘Rival Knights’ and ‘Blitz Brigade’.

Grab ‘Order & Chaos Duels’ from Windows Phone Store below or by scanning the QR Code.

Rediscover the Order & Chaos universe in this FREE collectible trading card game (TCG) that lets you battle evil forces on many adventures or fight against real players for leaderboard supremacy.
The ancient demonic spirit Zepar and his Corruption have returned to use the world as their twisted, wicked playground once again.
Create your great hero, the Card Dueler, and embody the world’s only hope!

» Nearly 300 gorgeous cards to collect, with all the heroic fantasy-art style of the Order & Chaos games (MMORPG & MOBA)
» Fast & accessible duels on the go with spectacular special magic effects for the cards
» Deep content & strategy with the game mechanics of a traditional trading card game (TCG)
» Epic live and asynchronous online multiplayer games
» Quests & adventures to fight against evil and free the world of Haradon
» Optimize your deck for battle in solo & online multiplayer PvP modes

Order & Chaos Duels is a free trading card game (TCG) in a magical fantasy universe that features online mulitplayer battles (PvP). This free multiplayer TCG game will allow you to manage your deck, battle with your deck, play games online and more. 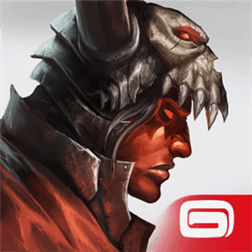 Rival Knights bring jousting experience to your Windows Phone where you battle ruthless foes and rival clans across 5 leagues to seize their castle and thrones.

Jousting is a martial game or hastilude between two horsemen and using lances, often as part of a tournament. The primary aim is to strike the opponent with the lance while riding towards him at high speed, if possible breaking the lance on the opponent’s shield or armour, or unhorsing him.

Grab ‘Rival Knights’ from Windows Phone Store below or by scanning the QR Code.

JOUST LIKE A KNIGHT!
√ Experience the thrill of fast-paced and highly addictive jousting
√ Sharpen your war skills with precision timing and aim
√ Battle ruthless foes and rival clans across 5 leagues to seize their castle and thrones

ARM YOURSELF FOR VICTORY
√ Unlock over 120 mounts, lances, armor, helms and more
√ Upgrade them at the Blacksmith to gain an edge over opponents
√ Use temporary boosts wisely to triumph in your adventure 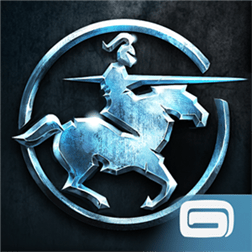 Blitz Brigade is a team based FPS (first-person shooter) where you become one of 5 classes (Soldier, Gunner, Medic, Sniper, Stealth) and team-up with other players to take on enemies. Love shooting games ? .. then you will like this.

Grab ‘Blitz Brigade’ from Windows Phone Store below or by scanning the QR Code.

You ready for the gun show? Axis or Allies, victory or defeat, mayo or mustard… All will be decided in the ultimate FPS showdown: Blitz Brigade!

Become one of five highly skilled and totally badass classes and team up with other players to pound your enemies into the dirt and call them mean names.

GIVE AN ONLINE BEATDOWN!
√ Up to 12 players can battle at the same time
√ 5 classes: Soldier, Gunner, Medic, Sniper, Stealth
√ Control the battlefield in Domination mode
√ Frag everyone in sight in Deathmatch
√ Use 3 different vehicles for a tactical advantage
√ Over 100 weapons, each made for a specific class
√ Unique taunts and kill phrases for each character
√ Voice Chat to plan in real time with teammates