CBS (formerly Columbia Broadcasting System) appears to have hit the sweet spot with its CBS News app for Windows and Windows Phone. The users are already in love with the apps functionality and its beautiful UI. The app is so beautifully designed that some even called it the new Windows Phone App standard.

Released couple of days back, CBS News app for Windows Phone is fully featured and offers the below functionalities

CBS News for Windows 8.1 Universal app (for Windows 8.1 and Windows Phone 8.1) keeps you updated on breaking news and the latest developing stories from around the world. Browse and search the latest news stories from categories including U.S. News, World, Politics, Science/Technology, Health, Entertainment, Moneywatch, & Crime. Stay well-informed on all todayâs most relevant and timely topics.

Watch on-demand video clips or full episodes from CBS News programs such as CBS Evening News, CBS This Morning, 60 Minutes, 48 Hours, Sunday Morning and Face the Nation. With updates throughout the day, the CBS News App is your one-stop source for comprehensive new articles, videos and commentary from respected journalists.

****This app includes CBSN, the brand new 24/7-hour digital news channel from CBS News called CBSN. CBSN is a live 24/7 streaming video news channel that features live anchored coverage, original CBS News reporting, and breaking news in an innovative interactive video experience including the latest live breaking, world, entertainment, U.S., and political news. Watch what’s live now or go back to past segments on topics that interest you the most. **** 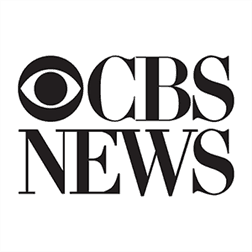 Here are the features

CBS Local is constantly updated with the latest news, sports, weather, and traffic. Select your city and personalize your front page for the ultimate coverage of stories that matter to you.