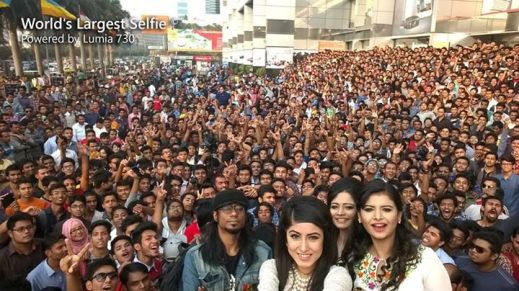 Lumia 730 from Microsoft is a perfectly balanced device and one that’s selling like hot cakes in many countries. It’s also the first device from Microsoft to feature a 5MP Full HD camera module in front & owns the Selfie status.

Now Lumia Bangladesh team has gone one step ahead (or many be too many) & clicked the World’s Largest Selfie via Lumia 730 fitting in at-least 1151 people – well that’s too many to – a great feat achieved!