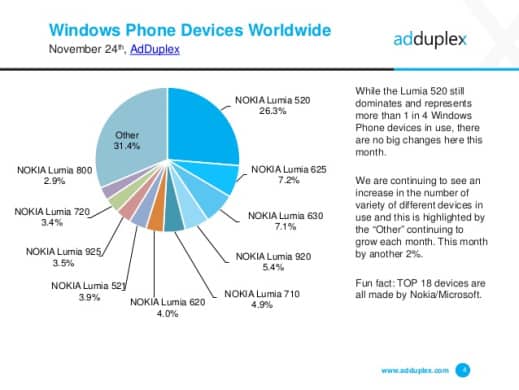 AdDuplex stats for the month of Nov 14 are out and as expected Lumia 630/635 furthers its popularity and Windows Phone 8.1 share now tops WP8 & WP7 combined.

The rather important thing for Lumia fans is the spotting of 4 new Lumia devices but none being a flagship.

This report is based on data collected from 5,005 WP apps running AdDuplex SDK v2. The raw data analyzed was collected over the day of 24th Nov 2014 (UTC time) unless otherwise stated.