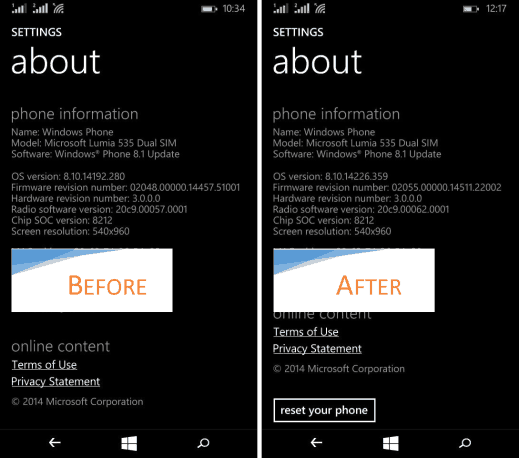 If you are an owner of the latest Nokia Lumia 535 phone, your might have noticed some issues with the touch performance of the device. It was reported by many that touch either fails or triggers a wrong input. It was kind of widespread.

Luckily a New Update for Nokia from Microsoft is now rolling out that fixes this issue & brings other enhancements to the device.

NokiaTheOne can confirm that Indian Windows Nokia 535 phones are now being greeted with the subject update & can also confirm a significant improvement in touch performance of the device.

Here are the screenshots (before & after)

Here’s the official change-log from Microsoft

Have you got the subject update Nokia Lumia 535 owners? How do you find the touch performance post this update?
Share your views below.