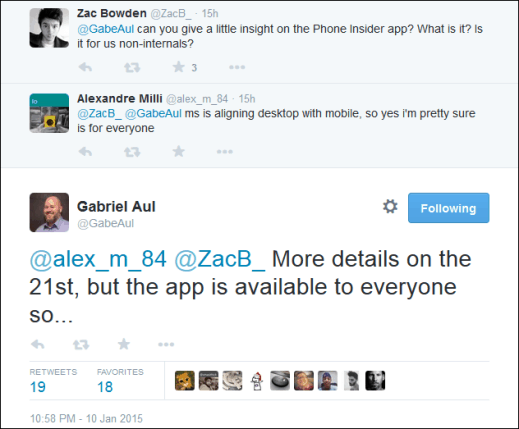 A lot of us have come to like Microsoft’s break-through program ‘Preview for Developers’ for Windows Phone which gives one access to early OS updates before they get official.

It seems that’s about to change with the ‘Phone Insider’ app that leaked yesterday. We might be in for a whole new Phone Insider program that will replace the current Preview for Developers. You might want to check the below link.

Today, the ‘Phone Insider’ app/program just got officially confirmed for a 21st Jan unveiling in a tweet from Gabriel Aul who looks after the Windows Insider program at Microsoft.