Rumor squashed – No ‘Windows 10 for Phones’ on 4th Feb

Home /Rumor squashed – No ‘Windows 10 for Phones’ on 4th Feb 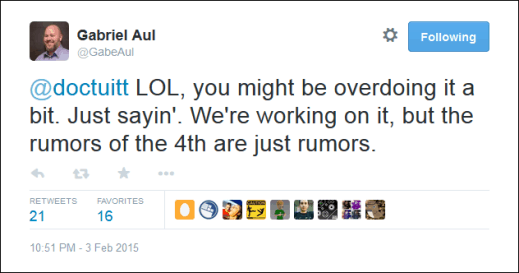 A couple of reasons kept us from posting about it with the most important one being the tweet from Windows Phone chief Joe Belfiore on 27th Dec which stated that ‘a video show casing features of Windows 10 for Phones would be revealed in 1-2 weeks‘. This clearly meant that Microsoft is still preparing for Windows 10 for Phones and it would make no sense to reveal a video, one week after the update is already out.

Today Gabriel Aul of Microsoft has cleared the confusion by revealing that Windows 10 for Phones is indeed not coming on 4th of Feb.

Gabriel Aul went on to reveal that testing is still underway & once the necessary requirement are met, the build will be out to public and which will be this month for sure according to him.

From the above, it is clear that Microsoft has no fix date in mind and it would be better to hold-off and enjoy the life rather than just wait for the update.

We are anyways here to update you when it’s out!