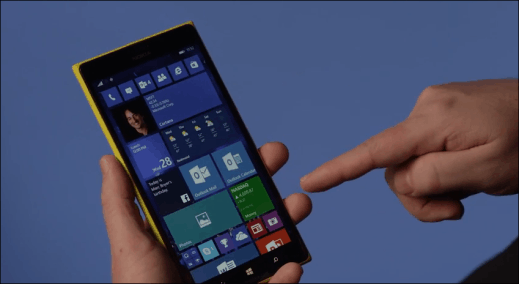 The cat is out of the bag as Windows 10 Technical Preview for Phones is now officially available for download. Thats the good news. The rather sad news is that its currently only available for a handful of devices namely Lumia 630, Lumia 635, Lumia 636, Lumia 638, Lumia 730 & Lumia 830.

No the devices above are not getting any extra love from Microsoft but there is a technical reason to it.

Why only few devices?

The most important thing for us is that we want to make sure that anyone who tries this early preview has a way to get back to their prior OS if something goes wrong. So we’re only supporting phones for the preview that have a recovery image available. We created a new tool called the Windows Phone Recovery Tool that will restore that image if necessary.

We haven’t bricked a single phone during all of our internal testing, but it is NOT IMPOSSIBLE, so you should be aware that there is some potential risk for you. In addition, bugs could prevent access to important features for you, including phone dialing and other core functionality.

We are starting with a limited set of devices supported for this first preview. Windows 10 will drive innovation across screens of all sizes and we will have new hardware from Microsoft and our partners, including new flagship phones. The majority of Lumia phones, from our most advanced to the most affordable, can be upgraded to Windows 10.  That said, for this technical preview, we need to start with a small subset of devices in order to isolate OS issues from hardware or board support package issues so we can stabilize the platform. This is a normal part of the engineering process, but you would not have seen it in the past because we haven’t done a public preview before—so those builds were Microsoft only. (In the first 4-6 months of development, our team would typically focus on only one specific device—then we’d broaden.)

When will it come to my phone?

Support for more phones will be phased in with each new build, and we’ll announce which devices are being added when the build comes out. Expect the list to grow slowly at first but expand comprehensively over time.

We have a feature that will be coming soon called “partition stitching? which will allow us to adjust the OS partition dynamically to create room for the install process to be able to update the OS in-place. Until this comes in, we needed devices which were configured by mobile operators with sufficiently sized OS partitions to allow the in-place upgrade, and many of the bigger phones have very tight OS partitions.

Note that this doesn’t mean that Windows 10 will take more disk space than Windows Phone 8.1, it’s just a function of the upgrade process at this point. Once the partition stitching feature is completed, many more devices will be supported.

Will Windows 10 come to all devices?

The majority of Lumia phones, from our most advanced to the most affordable, can be upgraded to Windows 10.