We all know the rather generic change-log of Lumia Denim (+ Windows Phone 8.1 Update 1) which Microsoft has been rolling for more than a month now. However those Denim firmwares do carry some device specific enhancements .. like in case of Lumia 535, MS has been trying to fix the touch issue or you can even think of Lumia Camera 5.0 which came as part of Denim Update to Lumia 830, Lumia 930, Lumia Icon & Lumia 1520.

Just like that, the hugely popular Lumia 630/Lumia 635 devices are being greeted with Audio Equalizer & Virtual Surround as part of the Denim update.

And now Lumia 630 with Denim Update 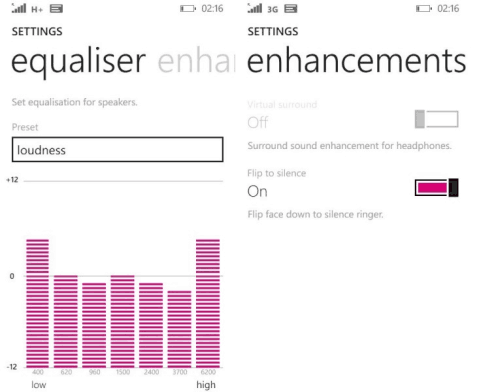 Thats one major addition in to the kitty of hugely popular Lumia 630/635. And yes, the same shall come to Lumia 638 too.

Virtual Surround first made appearance with Lumia 730 & its good to see Microsoft rolling out the same feature to other popular Lumia devices too.

Could you find Audio Equalizer & Virtual Surround on your Lumia 630/635 with Denim Update? Share with us in the comments section below.