Madfinger has just sent its highly popular zombie-apocalypse-themed First Person Shooter Dead Trigger 2 for approval to the Windows Phone Store and what this means is that the game will go live any moment.

Dead Trigger 2 utilizes the Unity Game Engine and was originally released for Android & iOS on 23rd October 2013 and for Facebook on 20th February 2014 and now it is making its way to Windows Phone. 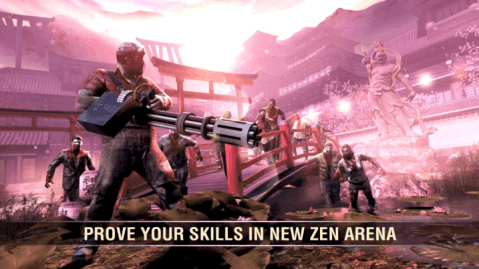 About Dead Trigger 2 from Wiki

Dead Trigger 2 is a free-movement shooter; rather than the on-rails gameplay typical of mobile zombie shooters, the player controls the characters movement like a typical console or PC FPS. The game features two dramatically different control paradigms; with the default controls, the player merely aims at zombies his or her weapons will fire automatically when a zombie is underneath the crosshair. The advanced control scheme functions like the first game the player presses a button to fire the weapon, and an additional button lets the player aim down the weapons sights for greater accuracy.

Gameplay typically revolves around completing objectives while killing zombies (occasionally killing zombies is the only objective). The player has a limited amount of health that is refreshed at the start of each mission. The player loses health when hit by zombies or by certain environmental hazards (i.e. radiation). The player can regain health by taking healing pills or getting a health powerup from a special zombie.

Enemies come in two flavors, standard zombies and special zombies. Standard zombies often plod along at a slow pace and attack with their arms, but some may sprint or carry melee weapons for increased damage. Special zombies have distinct appearances and unique traits; they are deadlier and tougher to kill, but drop blueprints or large amounts of cash (and sometimes health) when killed.

In addition to carrying two primary weapons, the player also carries a melee weapon and up to three types of consumable items. Consumables include health pills, grenades, exploding chickens and others.