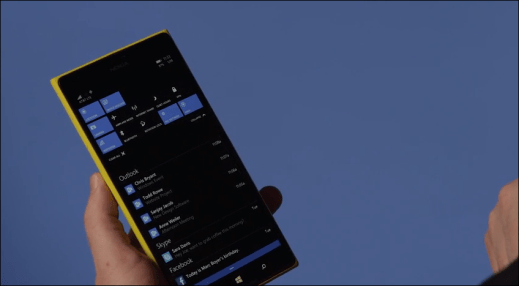 We discovered this morning that there was an error in the database for provisioning record data, which is required for new phones to join the Fast Ring through the Windows Insider app. The team has been working to correct it but the load on the provisioning data servers has made all operations extremely slow. To fix the issue, we are taking the service offline and updating the provisioning record data for all 5100 phone POPs. It will take approximately 2 hours for us to make the update, and validate that everything is working. This is a different service from Windows Update, so Insiders who are currently on 9941 should be able to update their phones if they are already in the Fast ring. If they are in the Slow ring they will encounter the same issue with provisioning data. We apologize for the delay on this and are working to ensure it never happens again.

Microsoft went ahead & unveiled the highly awaited next Technical Preview build of Windows 10 for Phone today. This is the 2nd build released by Microsoft after the initial build which went live on 12th Feb.

Today’s Windows 10 for Phone build brings lots of new features & fixes for the bugs identified in the 1st build.

Lumia 930, Lumia Icon & Lumia 640 XL are not getting the current build in view of UI Scaling issues as reported earlier. Microsoft expects to add support for these devices in the near future.